TAIPEI, Taiwan — As a Taiwanese, I’m sometimes asked what it’s like living in “the most dangerous place on earth.”

That’s what The Economist labeled Taiwan last year, and not without reason. Taiwan’s people have lived for decades under Chinese rhetorical threats to absorb the island. And as our huge Communist-ruled neighbor has developed into a military power, those threats now have teeth, which China has repeatedly bared in recent years through military exercises and violations of our air space in an escalating bullying campaign.

We are bracing for more pressure now after House Speaker Nancy Pelosi’s whirlwind visit to Taipei. China often reacts furiously when any U.S. official visits Taiwan, but this time feels different. Beijing has a special loathing for Ms. Pelosi because of her frequent criticism of the Chinese Communist Party’s political repression and human rights violations, and President Xi Jinping of China, in a call with President Biden, had earlier warned the United States not to intervene in Taiwan.

We are not afraid. After years of constant threats by Beijing, Taiwan’s people do not panic easily.

But we also cannot stand alone. Ms. Pelosi’s visit was a welcome expression of U.S. solidarity with Taiwan and I, for one, am deeply grateful to her for shrugging off Beijing’s threats of retaliation. But other democracies must also summon the courage to stand with us.

Taiwan is critical to the entire democratic project. We are a vibrant democracy, the first place in Asia to legalize same-sex marriage, and one of the first to elect a female leader — our current president Tsai Ing-wen — who won office in her own right without the aid of family political connections. We are a successful economy, with some of the highest living standards in Asia and a center of the global semiconductor industry. We have maintained one of the world’s lowest Covid death rates without resorting to the harsh lockdowns imposed by China.

If Taiwan were brought to heel by China, the world would lose a shining example of democracy and the liberal international economic order at a time when the authoritarian tentacles of the likes of Russia and China are expanding.

In fact, it is precisely for these reasons that China threatens Taiwan: because China is afraid of us. Each of Taiwan’s 23 million people is a living, breathing rebuttal of the Communist Party’s insistence that its repressive, authoritarian model is superior to democracy and the only mode of government suitable for Chinese society. Seizing Taiwan would not only fulfill Mr. Xi’s nationalistic goal of annexing the island but would also destroy the evidence that glaringly disproves Beijing’s Communist propaganda.

These critical points are often overlooked. Taiwan is usually treated as a marginalized pawn on the chessboard of the big powers and portrayed as such by the global media. Ms. Pelosi’s trip was a perfect example. Most media coverage focused on the tension that her trip created between the United States and China. Rarely does anyone bother to ask what the Taiwanese want. The answer: To live our democratic way of life without outside interference, just as any democracy would.

Growing up in the 1980s, my fellow classmates and I were forbidden at school from speaking in the Taiwanese dialect that we spoke at home. Chiang died in 1975 but his regime still clung to the fantasy that it would someday “recover the mainland.” Our Taiwanese identity was viewed as a threat and was suppressed.

That seems so long ago. Through the efforts of democracy advocates and pragmatic post-Chiang leaders, Taiwan evolved peacefully into a firm democracy with its own political system, judiciary and military. We freely elect our own leaders and openly criticize them. People no longer talk about “recovering the mainland.”

Many Taiwanese grew up in a time of democracy and prosperity, and all of us — young and old — cherish our homeland just the way it is. China’s threats only make us appreciate it more.

This is not to say that we are completely sanguine about our situation.

We watched with shock and sadness as Beijing cracked down on Hong Kong’s freedoms — a disturbing glimpse of our own possible future. And Russia’s invasion of Ukraine has prompted fears that China could do the same to us. Beijing insists that there is no comparison between Taiwan and Ukraine, repeating its tired old gospel that Taiwan is an ancient and inseparable part of the Chinese motherland. But we have never been ruled by Communist China for a single day.

The majority of Taiwanese are pragmatic. We do not want a war with China. But we are ready to protect our home if attacked. There are now discussions of defense reform and extending the military conscription period from four months to one year. Some reservists are attending weapons boot camps to refresh their combat training. Others share information on how to pack an emergency kit and on where to shelter if the island is shelled.

A poll in the wake of Russia’s invasion of Ukraine showed that 73 percent of Taiwan’s people were willing to take up arms to defend against a Chinese invasion. Our determination to safeguard our beloved homeland should not be underestimated.

Not everyone in Taiwan supported Ms. Pelosi’s visit. Many just want Taiwan to keep its head down and refrain from rocking the boat. But that’s one more reason Taiwan should be protected: In a democracy, such differences can be expressed, debated openly and compromises reached. That doesn’t happen on the other side of the Taiwan Strait.

China’s militaristic menacing of Taiwan is a threat to freedom everywhere. Drawing a line in the sand here will require genuine, meaningful support from like-minded democracies, including signing bilateral economic agreements with Taiwan, allowing it to join regional trade organizations to diminish Taiwan’s economic overreliance on China, supporting Taiwan’s participation in international organizations and more gestures like Ms. Pelosi’s visit.

Not all these gestures will be easy, and they carry great risks, often because of China’s infliction of economic pain. After Taiwan opened a representative office in Lithuania last year, for example, China used its economic clout to retaliate with a crippling boycott of Lithuanian products. China applies “divide and conquer” tactics to isolate countries that oppose it. But when democracies, including Taiwan, band together economically, diplomatically and militarily, they stand a better chance of holding their ground against China’s capricious retribution, which is not cost-free for itself either.

Freedom is worth fighting for, and all democracies will be strengthened by standing with Taiwan.

Yu-Jie Chen (@yujiechentw) is an assistant research professor at the Law Institute of Taiwan’s Academia Sinica and an affiliated scholar of NYU School of Law’s U.S.-Asia Law Institute. Her research centers on international law and diplomacy in the context of China-Taiwan relations.

They Were Sure Their High School Was Making Them Sick. Experts Disagreed.

The Case for Longtermism 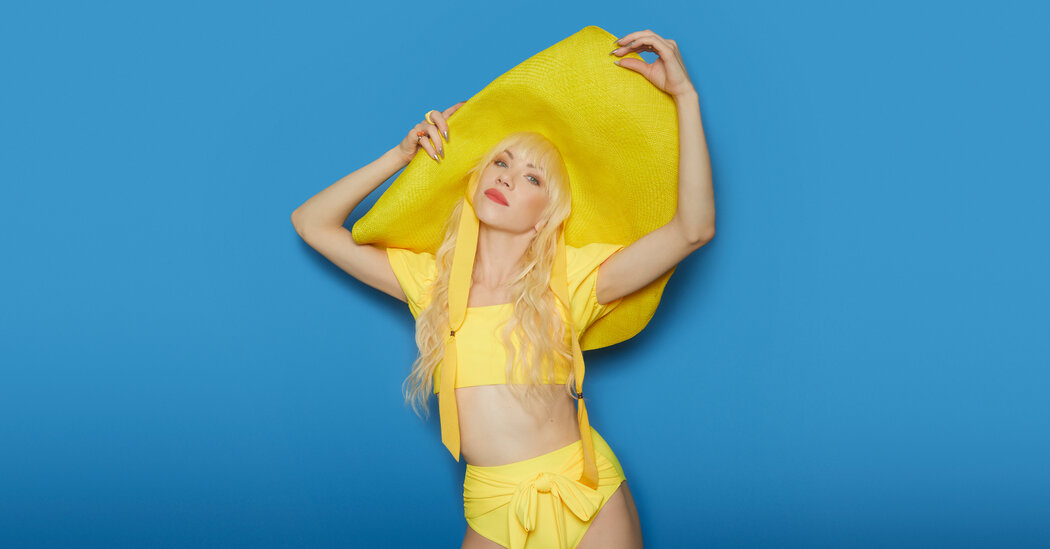 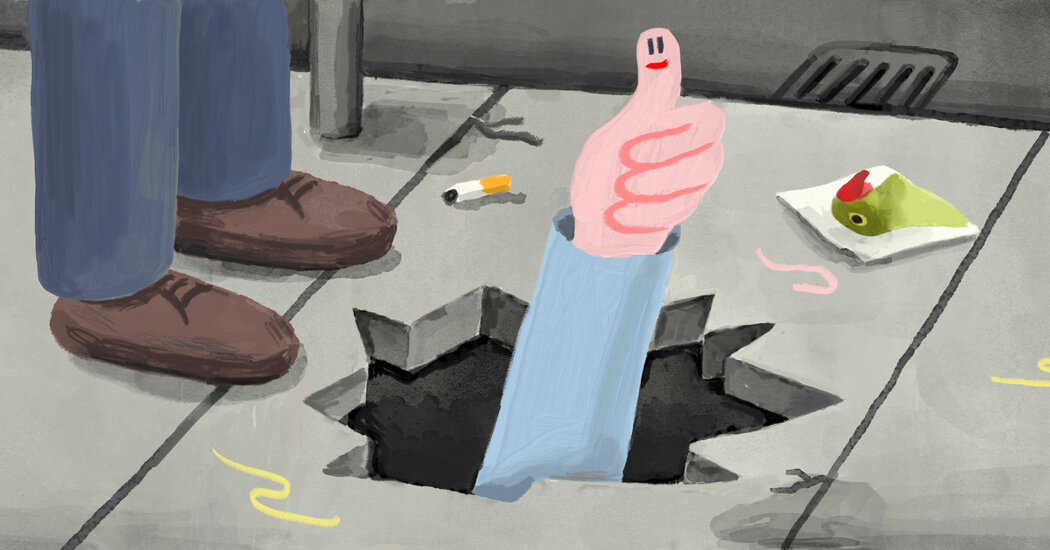 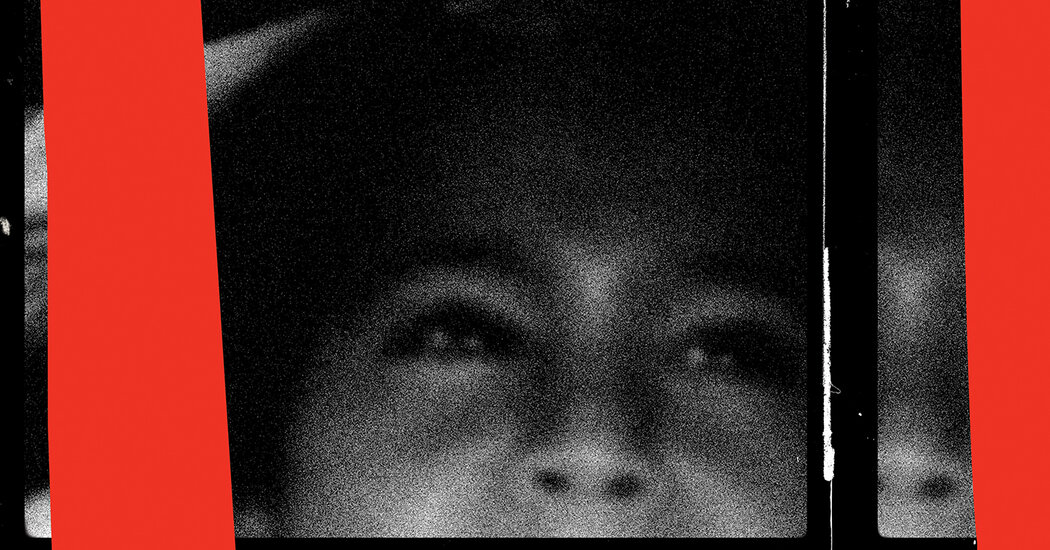